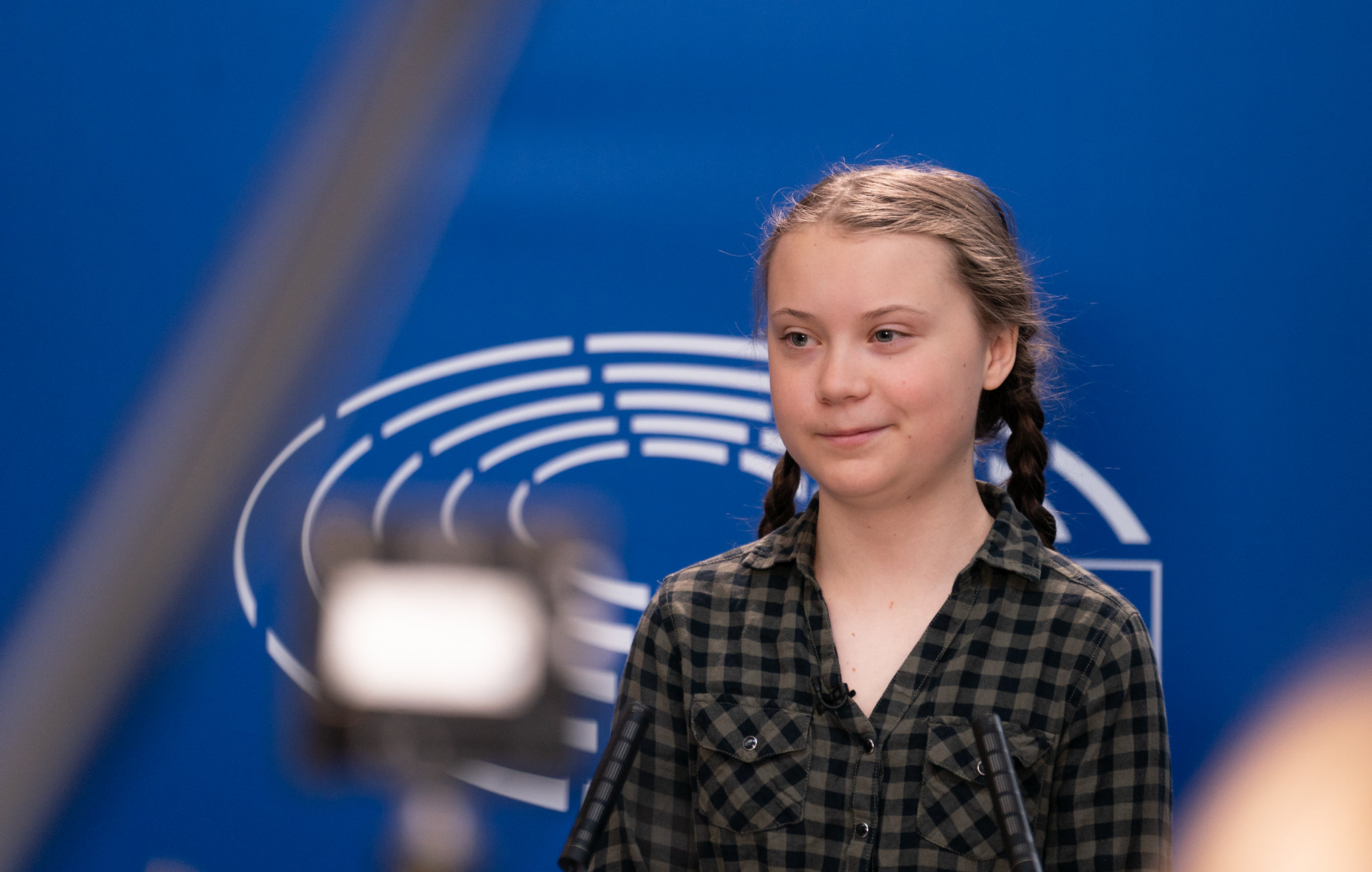 Teenagers. You tend to be portrayed as moody individuals, obsessed with YouTube and rarely seen outside your bedroom. But times are changing: corporations, politicians, the media and Joe public are starting to realise that people in your age group are a force to be reckoned with. Teenagers like you are staging global protests; winning Nobel Peace Prizes (remember Malala Yousafzai); attracting thousands if not millions of followers on social media, starting up companies, standing up to governments and – if that weren’t enough – inventing things for the good of humankind.

So, we’ve decided to celebrate these amazing achievements by creating a list of influential teenagers who are making a big impact in STEAMM – science, technology, engineering, arts (think design technology or science communication), maths and medicine. Here they are, listed in alphabetical order. (We hope you’ll be inspired to follow in their footsteps.) 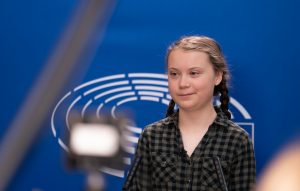 Greta started her climate activism with her “School Strike for Climate” in front of the Swedish Parliament in August last year. Her strike has inspired millions of people – young and old – who are staging their own climate demonstrations all over the world. The Nobel Foundation doesn’t disclose its nominees for Nobel Prizes but, according to the BBC, Greta has been nominated for the Nobel Peace Prize, meaning she will be the youngest person to receive the prize if she wins. 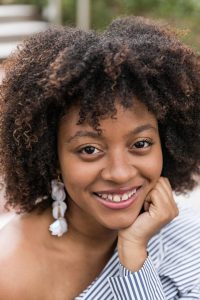 Inspired by her father’s recovery from type 2 Diabetes after changing his diet, Haile Thomas was 12 years old when she founded HAPPY, a non-profit group that provides nutrition education to underserved communities, schools and summer camps. According to her website, Haile is now an international speaker, health activist, vegan food & lifestyle influencer, podcaster and the youngest Certified Integrative Nutrition Health Coach in the United States. She has also appeared on NowThis, BuzzFeed, MTV, CNN, The HARRY Show, the Today Show, Dr Oz, Home and Family Show and The Rachael Ray Show. 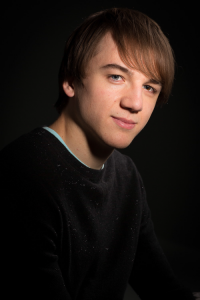 Okay, so Jack isn’t a teenager, but he was 15 when he won $75,000 at the 2012 Intel International Science and Engineering Fair for his invention of a pancreatic cancer test. Jake is currently studying electrical engineering and public policy at Stanford University in the US and is a National Geographic Emerging Explorer. 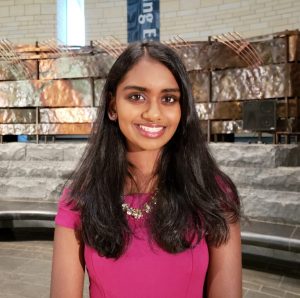 Kavya has created a deep-learning computer system that can provide vital information about patients’ brain tumours, and developed computer software that uses smartphones to detect diabetic retinopathy – a disease that affects the eyes. Both techniques are currently being tested in clinical trials. She is also founder of GirlsComputingLeague and has won lots of prestigious awards, including the Davidson Institute for Talent Development Laureate, which comes with a $50,000 scholarship. 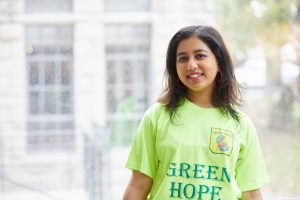 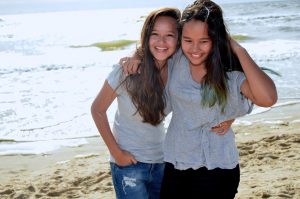 Melati and Isabel founded Bye Bye Plastic Bags in Indonesia when they were only 12 and 10 years old. The organisation envisages a world free of plastic bags and has kick-started similar movements on an international scale. Melati and Isabel have spoken about their campaign on TED, have been named among the ten most inspiring women in Indonesia by Forbes Indonesia, listed in Time Magazine’s 25 most influential teens 2018 and were recently included in The Times Teen Power List 2019. 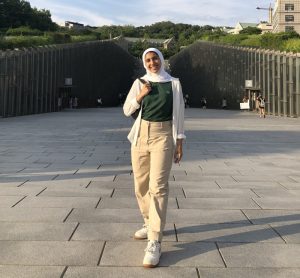 Rayouf wrote to Apple asking the tech giant to create an emoji of a woman in a hijab – the headscarf worn by millions of Muslim girls and women around the world. After she discovered how to submit a proposal to Unicode Consortium, she was set to work with a Unicode designer. According to emojipedia, the emoji known as “Woman with Headscarf” was approved in 2017. Rayouf has been named in the Times Teen Power List 2019 and Time Magazine’s 30 most influential teens in 2017. 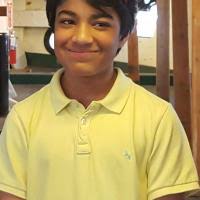 Rishab won the 2018 Discovery Education 3M Young Scientist Challenge with his software tool that has the potential to accurately locate the pancreas while patients undergo radiotherapy for pancreatic cancer. He was awarded the title of “America’s Top Young Scientist” and received a $25,000 prize. He has also been listed in Time Magazine’s 25 most influential teens 2018. 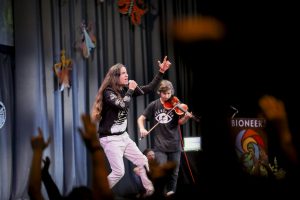 A rapper, activist and Global Youth Director of Earth Guardians, Xiuhtezcatl(pronounced Shoe-Tez-Chat) – along with 20 other young Americans – is suing the US Government for knowingly contributing to climate change. He was only six when he began speaking around the world, including at the Rio+20 United Nations Summit in Rio de Janeiro. Xiuhtezcati has been listed in The Times Teen Power List 2019 and Time Magazine’s 25 most influential teens 2018.

We’ve only listed ten teenage influencers in STEAMM, but that doesn’t mean there aren’t more of you out there. If you can you think of any other teenagers who are STEAMM movers and shakers, then let us know. We’ll be revisiting this list next year!

The Guardian: “Teens get a bad rap”: the neuroscientist championing moody adolescents