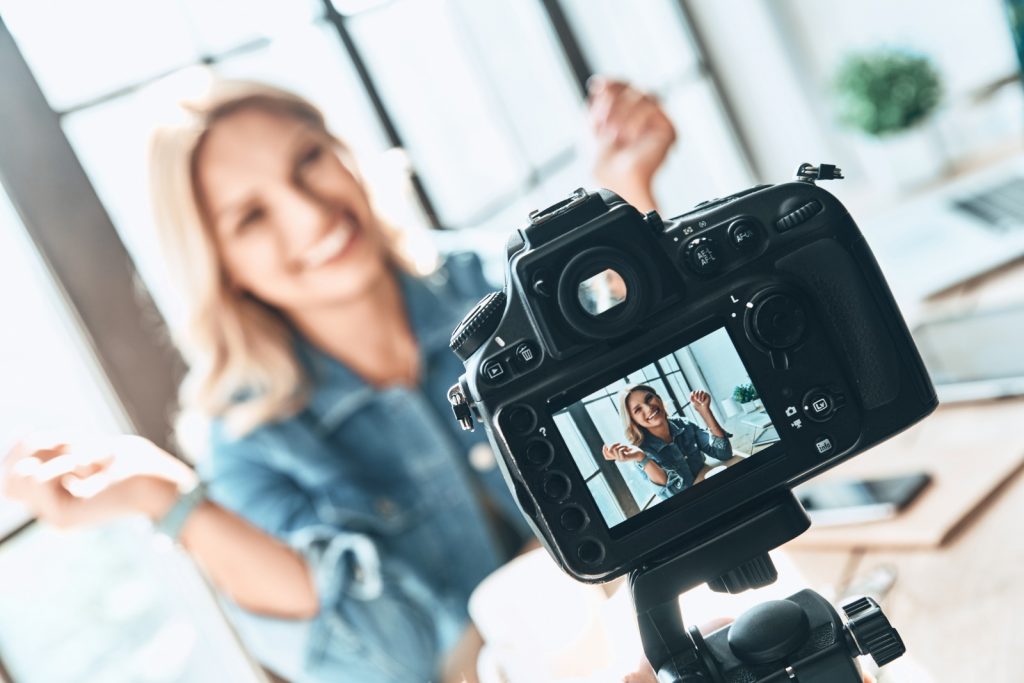 A 2019 poll found that children would rather be YouTubers than astronauts. It made headlines and led to plenty of grumbling about “kids these days”. But it’s not surprising that young people – up to 1.3 million in the UK – want to make their income by creating social media content.

The global influencer market was estimated to be worth $13.8 billion (£11.2 billion) in 2021. Individual influencers such as Zoella and Deliciously Ella are worth around £4.7 million and £2.5 million, respectively. Some 300,000 people aged 18-26 are already using content creation as their sole income source.

The lifestyles we see advertised on social media are enticing, but is influencing a viable career path? Underneath the glossy exterior lies precarious income, pay inequality based on sex, race and disability, and mental health issues. In my research with travel influencers and content creators, I have observed these impacts, which young people hoping to become influencers should be aware of.

Successful influencers will be the first to claim that anyone can make it in the industry. Love Island contestant-turned-influencer Molly Mae Hague was criticised for saying that everyone “has the same 24 hours in a day”, because in reality, few people “make it” financially as influencers.

Social media economy expert Brooke Erin Duffy researches the careers of fashion bloggers, beauty vloggers and designers. In her book (Not) Getting Paid To Do What You Love, she uncovered a huge gap between those who find lucrative careers as influencers and everyone else. For most people trying to become an influencer, their passion projects of content creation often become free work for corporate brands.

In an April 2022 report, Parliament’s Digital, Culture, Media and Sport (DCMS) committee identified pay disparity as a key issue in the influencer industry. There are pay gaps on the basis of gender, race and disability. The DCMS report referred to a 2020 study from MSL group, a global public relations firm, which found a racial pay gap of 35% exists between white and Black influencers.

Adesuwa Ajayi, senior talent and partnerships lead at AGM Talent, started an Instagram account called Influencer Pay Gap to highlight these disparities. The account provides a platform where influencers anonymously share stories about their experiences of collaborating with brands. In addition to racial disparities, the account has also exposed pay gaps experienced by disabled and LGBTQ+ influencers.

The DCMS report also noted a “pervasive lack of employment support and protection”. Most influencers are self-employed, often experiencing inconsistent income and a lack of protection that comes with permanent employment – such as entitlement to sick pay and holiday.

The risks of self-employment are exacerbated in the influencer industry by an absence of industry standards and little pay transparency. Influencers are often forced to assess their own value and determine fees for their work. As a result, content creators often undervalue their own creative labour, and many end up working for free.

Power to the platforms

Influencers are also often at the mercy of algorithms – the behind-the-scenes computer programs that determine which posts are shown, in which order, to users. Platforms share little detail about their algorithms, yet they ultimately determine who and what gains visibility (and influence) on social media.

In her work with Instagram influencers, algorithms expert Kelley Cotter highlights how the pursuit of influence becomes “a game of visibility”. Influencers interact with the platform (and its algorithm) in ways which they hope will be rewarded with visibility. In my research, I found that influencers shared increasingly intimate and personal moments of their lives, posting relentlessly in a bid to stay relevant.

The threat of invisibility is a constant source of insecurity for influencers, who are under constant pressure to feed platforms with content. If they don’t, they may be “punished” by the algorithm – having posts hidden or displayed lower down on search results.

Constant online presence ultimately leads to one of the most pervasive issues of the influencer industry: mental health concerns. Influencers can connect to their platform workspaces and audience at any time of day or night – for many, there is no longer a clear separation between work and life. Coupled with the fear of losing visibility, this can lead to influencers working excessively and facing mental health issues such as burnout.

Online visibility also places content creators at risk of significant online abuse –- both in relation to how they look or what they do (or don’t post), but also negative perceptions of influencing as a career. The potential of online abuse can lead to mental and physical health issues, including depression, anxiety, body dysmorphia and eating disorders.

Although becoming an influencer may look appealing to more and more people, the industry’s dark underside needs to be made visible and improved through enhanced employment regulation and industry-led cultural change.Nina Willment, Research Associate, Department of Geography, University of York