Laser tag, trampolining and water parks — what teenagers told us would make them more active 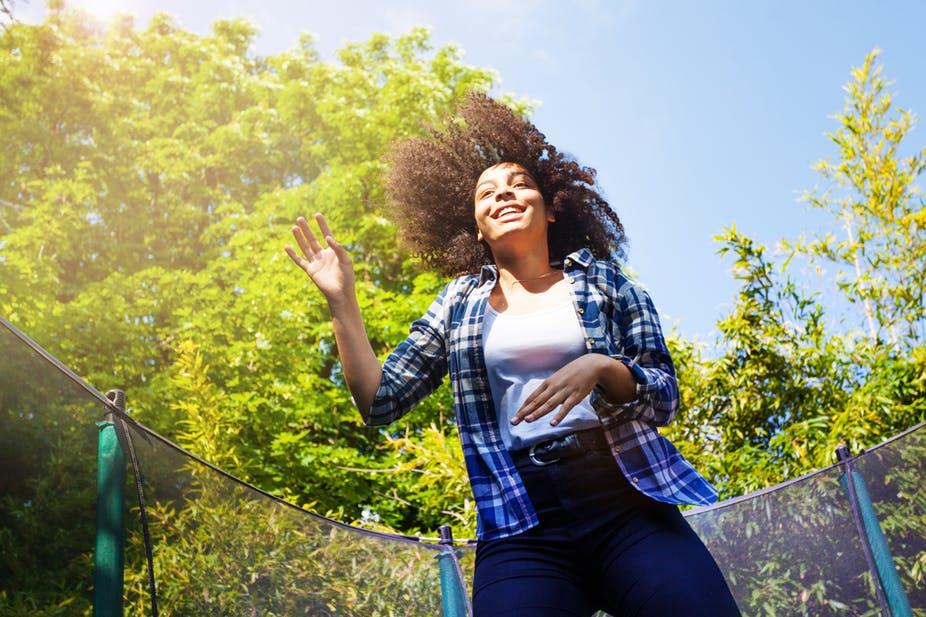 This guest blog was written by Michaela James and Sinead Brophy, Swansea University, for The Conversation.

School based schemes which aim to get teenagers more physically active have had mixed success to date. Often these initiatives only increase activity in the short term, and ask teenagers to take part in a limited choice of sports or activities, such as football or dance during and immediately after the school-day. This approach is very much top-down, with policymakers deciding what young people like and what will fix the problem of teenage inactivity. But as our own research project shows, involving teenagers in plans to boost their physical activity can vastly improve the success of these types of initiatives.

For the ACTIVE Project we worked to improve the activity of 900 teenagers in South Wales. We started by asking them what would make them more active. They told us that accessibility and lack of opportunities to try new activities – ones that were social and informal rather than traditional forms of sport – were barriers to them being active.

We then set up a voucher scheme to enable these teenagers to pay for local activities. The idea was to empower them to be able to access the activities they wanted to do. We also set up peer mentoring to give them social support to be active, and made a support worker available to help the teenagers find out what was available already.

Having now analysed the outcome of our work, one of our key findings is that, given the choice, many teenagers prefer something fun, unstructured and social over traditional sports. When allowed to decide what they want to do all of our participants were in favour of unstructured and informal activities. Trampolining accounted for almost half of the voucher usage (49%), followed by laser tag (11%) and waterpark visits (7%) with boys and girls opting to do similar activities.

Speaking to the young people, they felt they weren’t asked what they would like to do very often. Girls wanted the option of relaxed activities that allowed them to go out with their friends after, rather than just the typical competitive sports that are more often offered. One girl said that being able to use the vouchers in a social capacity made her more confident to be active. For boys, confidence was not a factor but they did choose activities that gave them the freedom to be sociable outside of school too. The fact that the vouchers allowed boys and girls to participate in the same activities was seen as a significant strength too.

This suggests that to get teenagers active more of these types of social activities should be made available. By promoting mostly formal sport inside and outside of school, we could be further pushing teenagers away from physical activity.

Interestingly, despite evidence of peer mentoring working to help teens in other areas (such as stopping smoking), we found that it did not work to improve physical activity. Teen mentors were selected by other teenagers using a questionnaire (ten per school). But those who were chosen tended to be the most popular rather than the most active teenagers. This meant that they were unapproachable for many of the teens, and did not encourage activity.

Evidently it is important that the correct person is selected for this kind of peer mentoring role. Given that the teenagers wanted to be active with their friends in a social and fun environment, it is possible that the peer mentor approach is too structured and doesn’t work to motivate them.

On the other hand, the support worker (an adult employed and based at Swansea University) was seen as helpful and an important link between pupils, schools and collaborative partners. Although finding a time when teenagers could talk to them was difficult. Often the support worker came in during morning assemblies, but the teenagers told us this was the wrong time, as they were not really awake first thing in the morning.