Print your own house! 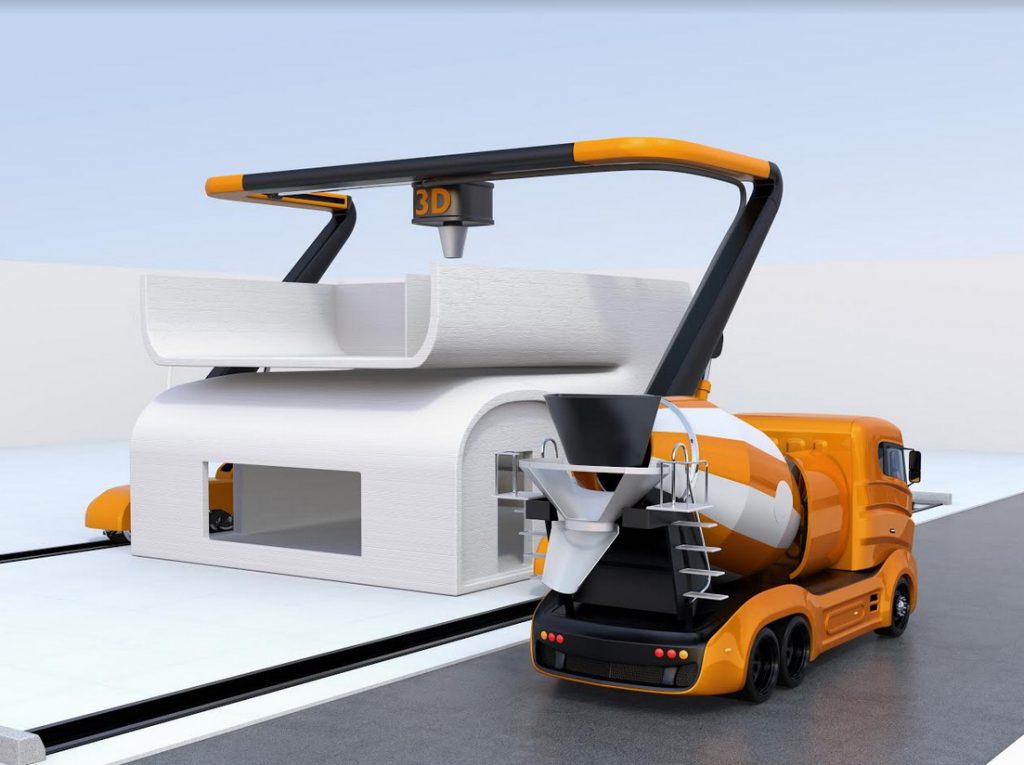 3D printing is becoming an ever more present and cost-effective part of our lives; people have been exploring the benefits of this resin-based alchemy for years, and high-quality printers are now available for home use at an affordable price. Inevitably, questions arise about how far this technology can be pushed. Are prints limited only by the size of the printer? With the right size printer, could you print something as large as a house?

A number of companies have been exploring this idea with varying degrees of success. 3D printing a house is not a new concept but most projects in the past have struggled to become viable for mass production. Recently, however, a German company has managed to print a house and certified under Germany’s national building regulations. This is a big step forward in making this technology available to the general public as a widespread building technique.

PERI, the company in question, has created a printer that prints using concrete (other companies have focused on using environmentally-safe materials, using mixtures of soil, rice husks and straw). The concrete is built up, layer upon layer, until the desired structure is formed, just like the process of a conventional 3D printer. The printer itself is based upon a moveable platform that only requires two operators and 48 hours to set up. It can be scaled for larger projects and prints up to a speed of one metre per second, which allows it to complete the main structure of a house in two to three days. This printer has also been responsible for printing the largest, 3D printed building in Europe (as of December 2020). According to PERI, errors were almost completely eradicated, along with a reduction in time spent on site, money spent and waste produced. Whilst these savings would be modest based on a single house, across a whole building site they would be significant.

Currently, the technology only allows for the structure of a house to be printed – the roof, electrics and plumbing all need to be completed manually or outsourced. A number of features can be incorporated into the design, insulation, ventilation and acoustics, with spaces for plumbing and electrics already in place, saving an electrician time spent drilling holes for wires, for instance. This reduction in human labour has also been cited as a barrier currently stopping the technology becoming widespread. The building industry is, apparently, resistant to change and would perceive 3D printing as a threat to more traditional building methods. This is a whole new way to construct and design buildings so maybe more education is needed to raise awareness of 3D printing as a viable construction method.

Considering what the future could hold with this technology really sparks the imagination. Potentially being able to design your own, unique house and print it out the next day is science fiction level stuff, but, with talk of a 3D printed base on Mars, that fiction is soon becoming reality.