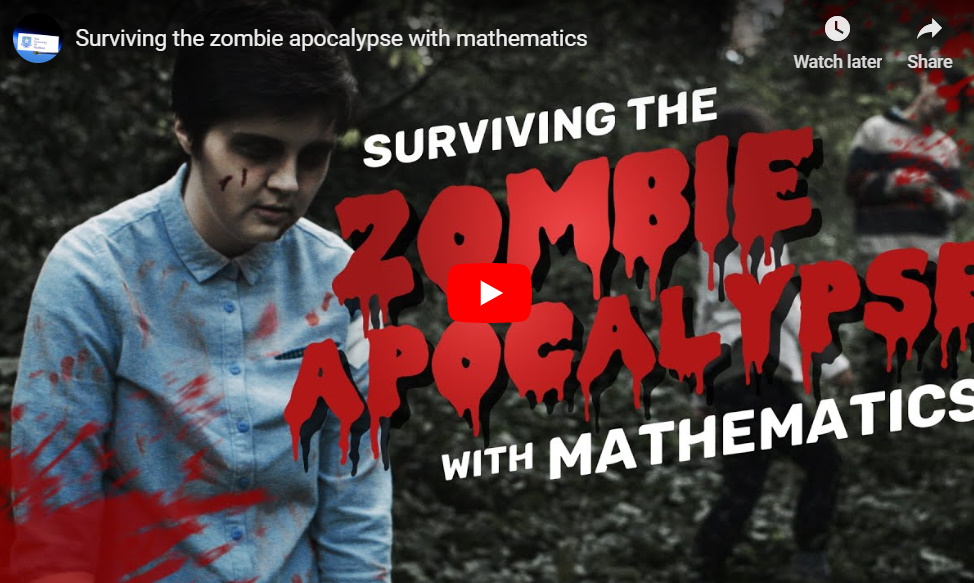 Mathematicians at the University of Sheffield in the UK have proved that this subject goes far beyond accounting and banking. It is essential to predicting and modelling the spread of infectious diseases – and surviving a zombie apocalypse, if you happen to find yourself in one.

PhD students at the University of Sheffield set up the zombie maths project to help the public understand how infectious diseases spread and why it’s important to vaccinate. They used a commonly-used maths model – known as a SIR model – to work out how best to survive a zombie invasion.

How do you survive a zombie apocalypse?

Which would you choose?

It turns out that domesticating the zombies offers the best hope of survival, followed by hiding. Trying to fight the zombies – either yourself or by using the armed forces – would just lead to more people becoming infected.

So, what’s the point of this imaginary zombie scenario?

It turns out that the maths used in this project is widely used by scientists, medics and public health professionals to model and map the spread of disease. For example, it is an essential means of calculating how many people in a population need to be vaccinated to prevent a disease from spreading.

By creating this zombie project for the public, the PhD students hope that people will understand why it is important to vaccinate – vaccinations have fallen in recent years and this is worrying health professionals. It is also hoped that people will see just how important maths is, in all areas of our lives.