Want to do something meaningful this Christmas? Get creative with science 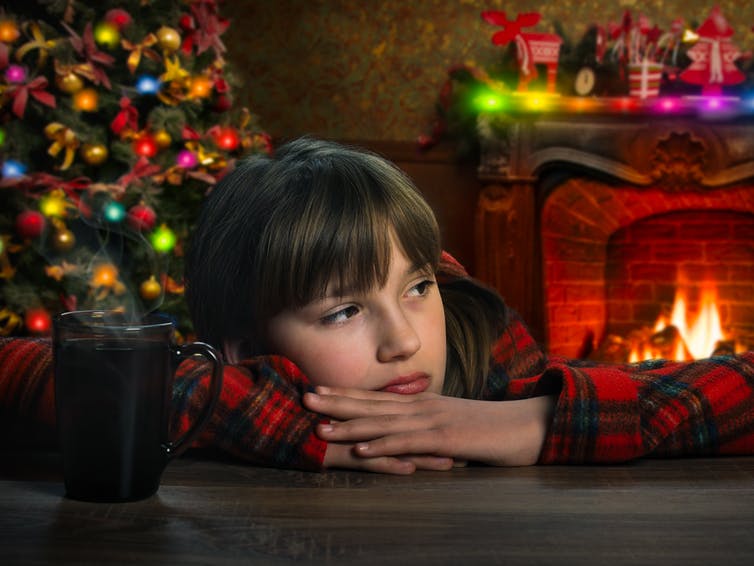 This guest post was written by Charlene Jennett and Anna Cox, UCL, for The Conversation two years ago, but it’s so good and still so relevant, which is why we’ve added it here in 2019.

On Christmas Day in 1900, the ornithologist Frank M Chapman proposed a new holiday tradition – a “Christmas bird count”. This involved counting birds during the holidays rather than hunting them. The project continued year after year, in what is thought to be one of the longest running citizen science projects ever. Tens of thousands of volunteers continue to take part across North America, united by their passion for wildlife and conservation.

In the 21st century, the internet has revolutionised citizen science, leading to many new projects that were not possible before. Yet volunteers’ motivations are still similar to those of the people who took part in the very first Christmas bird count. People get involved because they want to help with research, feel passionate about a topic, or simply just enjoy the task. But, as our latest research project interviewing citizen scientists shows, there are some rather unexpected benefits, too.

The Zooniverse is one of the largest volunteer research platforms, hosting a variety of different projects that involve analysing data. Research topics and tasks vary, from classifying images of galaxies to transcribing weather data and annotating photos of animals. So far, they have received over 85m classifications from 1.6m registered volunteers around the world.

BOINC is another popular platform, where volunteers donate their computer’s idle time to a variety of research projects, such as particle physics simulations and climate change modelling. So far, there are 4.5m users from 277 countries, accumulating more than 34 billion “credits” (BOINC’s measure for how much work your computer has done).

There are also many citizen science games. For example, you can contribute to dementia research by playing the game Sea Hero Quest on your phone. Almost 3m people have played it so far, providing scientists with 139 centuries’ worth of research data.

Citizen science has resulted in scientific breakthroughs that have changed our understanding of the world. A famous example is Foldit – a citizen science game that involves solving protein-folding puzzles. In 2011, a group of Foldit players solved a puzzle in three weeks that had previously stumped researchers for over a decade. This particular enzyme was critical for the reproduction of the AIDS virus. Now that its structure was understood, researchers could start to identify targets for drugs to neutralise to it.

Another famous example is Galaxy Zoo – a Zooniverse project that involves classifying galaxies in space telescope images. In 2007, Hanny Van Arkel spotted a strange blue blob in one of the images and emailed the researchers about it. They looked into it and realised it was a new class of astronomical object – a huge cloud of hot gas with no stars in it, which became known as “Hanny’s Voorwerp”.

But not everyone who participates in citizen science makes ground-breaking discoveries. So what are the other benefits of volunteering?

As social scientists, we’re interested in understanding volunteers’ experiences of taking part in citizen science. Working closely with our colleagues from Neuchâtel University and the University of Geneva, we have interviewed over 100 volunteers from various projects.

We found that volunteers learn many different things, not just related to the science task. Some volunteers described growing in self confidence, as they expanded their personal interests and learned new skills. For more experienced volunteers, they were able to assume new roles in the community (such as moderator) and help others.

Taking part also helped to inspire many creative works. In Old Weather – a Zooniverse project that involves transcribing weather data and historical information from the logbooks of 19th and 20th century US naval ships – volunteers like “Caro” felt inspired to create artwork. These images were shared on a forum thread called the Dockside Gallery. It provided a great talking point for the Old Weather community because it helped to bring the ships that they were reading about to life.

In another forum thread, Old Weather volunteers worked together to create glossaries and naval-related lists to make their task of interpreting the ships’ logs easier. This ended up being a useful resource for the community and was eventually published online as a compendium.

In Eyewire – a citizen science game that involves mapping the brain – one of the volunteers built a chat bot to answer frequently asked questions. As a moderator, she was often asked the same questions again and again by new players, so she decided to use her programming skills to help build tools that could be used by all.

In BOINC – the volunteer computing platform – some volunteers have created websites to display statistics and graphs about the performance of different teams. Joining teams and competing to see who can donate the most credits helps to make the project more fun.

It’s amazing that volunteers are willing to go the extra mile and create things that bring joy and excitement to the project community. It shows how much they care about their projects, and their efforts also help to boost project participation.

Even volunteers who are not looking for a social experience, “dabbling” in and out of projects for short periods of time, still gain a sense of satisfaction that they have contributed a little towards helping research.

So if you’re looking for something to do this Christmas, why not give citizen science a try? It is a Christmas tradition after all. And with so many online projects to choose from, you’re bound to find a project to suit you.

Issue 3 of Futurum Careers: Do something amazing. Become a citizen scientist.