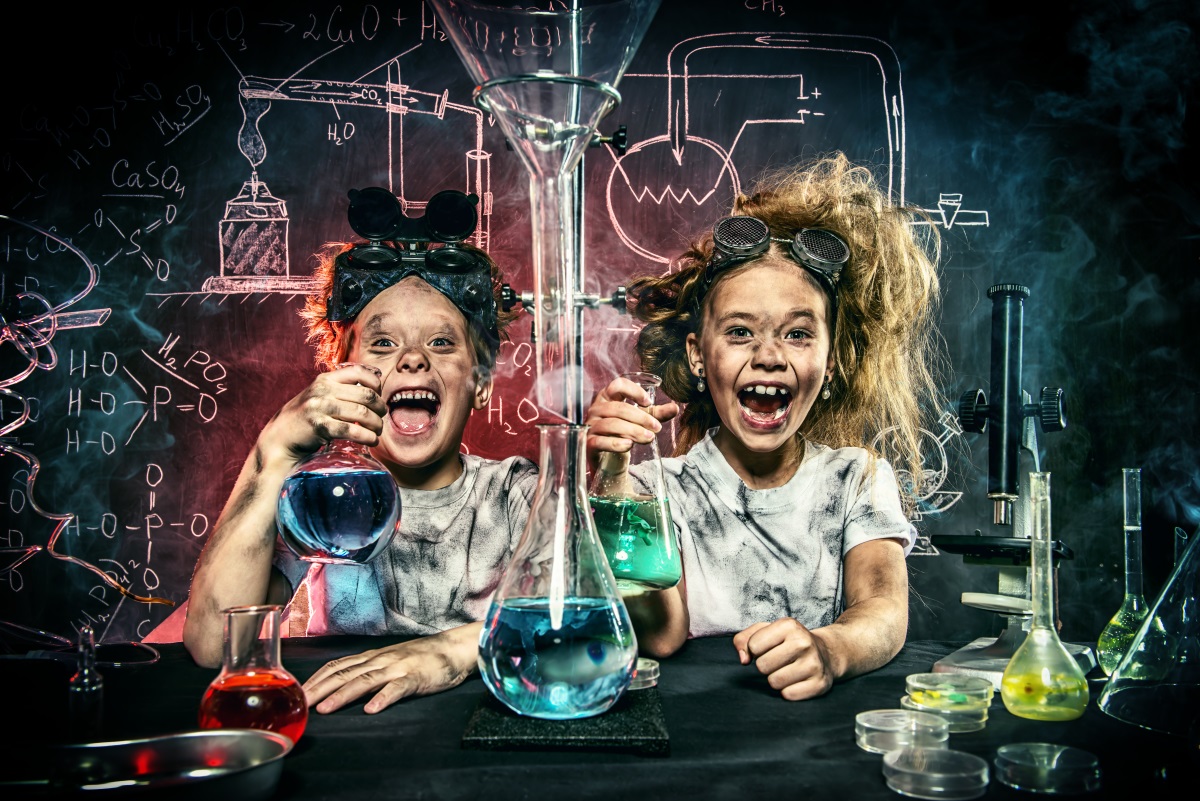 There are hundreds and thousands – if not millions – of science experiments on YouTube for you to try at home, but which are the best? We pick out five all-time classics that are guaranteed to raise an eyebrow or two. Once you’ve got the hang of them, you can experiment with different conditions – the temperature, the quantities – just like the pros.

This has got to be one of the messiest and most popular experiments of all time! Don’t even consider doing it indoors!

Stand the bottle of Diet Coke upright and remove the lid. Quickly drop in half a packet of Mentos and RUN!

Carbon dioxide is the gas that makes the fizz in fizzy drinks, such as Diet Coke. This carbon dioxide is released when you remove the lid or pour the liquid into a glass. Dropping something into the Diet Coke speeds up this process by breaking the surface tension of the liquid AND by allowing bubbles to form on the surface of the Mentos. Mentos are particularly good for this because they’re covered in tiny dimples, increasing their surface area and allowing more bubbles to form.

Here is a YouTube Video from Olivia Rose to show you how it’s done!

Turn an egg into a “rubber” egg!

Place the egg inside the glass jar and cover it with vinegar. After 24 hours, drain the jar and re-fill it with fresh vinegar. Leave the egg in the vinegar for seven full days, then drain and rinse off the vinegar under the tap.

Over the seven days, the egg changes significantly. Bubbles form on the surface, it becomes softer, bigger, bouncier and translucent when you shine a torch through it.

This is acid and base chemistry at its finest. The acetic acid in the vinegar causes a chemical reaction with the calcium carbonate in the eggshell:

This chemical reaction causes the hard eggshell to soften and become semipermeable. This means that some of the water in the vinegar solution (household vinegar is 96% water) is able get into the egg by osmosis. The bubbles you see on the surface of the egg are carbon dioxide gas being released.

For more acid-base experiments, check out our Chemical Engineering activity sheet. This activity sheet accompanies Prof Chris Jones’ article, which talks about how acid-base chemistry might be used to reverse climate change!

Pour the water into the plastic bottle, then slowly add the vegetable oil (you might need to use a funnel for this) until the bottle is almost full. Leave it for a few minutes until the oil and water separate, then add 10 drops of food colouring. The drops will move through the oil and mix with the water below. Add half an Alka Seltzer tablet into the bottle and let the fun begin! You can shine a torch through the bottom of the bottle to get the full lava lamp effect.

When the Alka Selzer tablet is added, “blobs” of the coloured water bubble upwards through the oil. When they reach the top, the bubbles pop and the water moves back down to the bottom of the bottom, creating an awesome lava lamp effect. For pictures and a video of this experiment, check out the Science Bob website. You can keep the bottle for another day; just add another bit of Alka Seltzer tablet and away you go again!

Water is more dense (heavier) than oil, which means that when they’re placed together they form separate layers as. This is called a density gradient. The layers remain separate thanks to “intermolecular polarity”. Water molecules are “polar”, which means they have a small positive charge at one end and a small negative charge at the other (sort of like a mini-magnet), enabling the water molecules to stick together. Oil molecules are “non-polar” i.e. they don’t have any charge, which means they won’t mix with water molecules. Food colouring is water-based, which means it is also heavier than the oil and polar. It will move straight through the oil and only mix with the water.

Make your own geodes. Geodes are rocks that have a holes inside them filled with crystals.

Carefully crack the eggs as close to the narrow end as possible and remove the top. Pour out the egg and clean the eggshells using hot water. You should then be able to pull out the lining, or membrane with your fingers. It is important that all of the lining is removed, or it can become mouldy. Sit the eggshells upright in an egg box lined with greaseproof paper. Boil some water in a saucepan or kettle. Pour 150ml of boiling water into a mug and add 75g of your mixture of solids and stir well until it dissolves. Once the solid mix has dissolved, continue to add small amounts of the solid mix and stir. Continue until you can’t dissolve any more of the solids in the water. Now add a few drops of food colouring and carefully pour your solution into an eggshell, filling it as full as you can without it spilling. Leave the eggshells somewhere safe until the water has evaporated.

As the water evaporates, gorgeous colourful crystals will form inside the eggshells.

A “super-saturated” solution is produced by dissolving the solid mix in hot water. Salts dissolve more easily in hot water than cold. The heat makes the water molecules move faster and creates more space between them. This allows extra room for salt molecules to get in and dissolve in the water. As the solution cools, the water loses its energy, and the crystals are forced out of solution and become solid again. Because this happens slowly, with evaporation, the crystals have time to grow much larger than they were at the beginning of the experiment. Natural geodes, hollow voids in rock filled with crystals, form in much the same way.

Futurum: Our resources page is stacked with activity sheets and experiments, all of which can be downloaded for free!